HomeEverything BlogKeep Calm and Motorhome On

Keep Calm and Motorhome On

When we have an epic Motorhome (RV) trip planned and things start to go awry it’s human nature to collapse issues and ask if we should be on the trip at all.

Here are five tips to keep you rolling on down the road and making memories even if things take a turn for the worse.

The definition of an accident is: “An unfortunate incident that happens unexpectedly and unintentionally, typically resulting in damage or injury.” says the reliable, Google search

By this definition alone we can understand that the outcome of whatever went wrong on the trip was not planned or intentional. This is the single most important thing to remember when you are solving an issue. It will put your brain into resolution thinking instead of blaming. If there is a lesson to learn/teach that can be addressed AFTER the immediate issues are resolved.

Tip: When you are traveling with a partner be sure to keep the attention on the problem no matter who made the mistake. This will result in a team effort that brings a solution faster than normal.

Is the Language you are Using Changing the Results you are Getting?

As a society, we have become increasingly numb to the use of inappropriate language. This is not to say that when I swiped the sign in New Zealand and broke off the window in our rental RV, the first words out of my mouth might have been…Oh, $#%!

But in our everyday language, especially while traveling in tight quarters for an extended time, we may want to look at what our language says about how we are feeling on the inside. Language expert James V. O’Connor says: “People who swear often tend to be disagreeable, critical, cynical, angry, argumentative, and unhappy complainers.”

That is not to dismiss that something bigger might be brewing with aggressive language that needs to be resolved. But if it’s just a habit the good news is it can be reversed immediately.

On the other hand, O’Connor notes, those who don’t swear “are often calm , mature people who [can] deal with daily annoyances.”

When we use more feeling based language what we are actually doing is telling the people around us how to help us solve the problem at hand. For example: “I’m embarrassed that I have to call Wilderness Motorhomes and say I broke the window.” Ah…okay now we have something to work with. The feeling of embarrassment is something that can be dealt with quickly. We pick up the phone and lead with the feeling, “I’m just so embarrassed and sorry I have to make this call.” Wilderness assures us it’s no problem. In fact, it happens often and the insurance will cover the issue.

Tip: Being mindful of our language can change the dynamics of our relationships and solutions; for the good or bad.

What Are we Making it Mean?

Albert Ellis, the founder of Rational Emotional Behavior Therapy, shows us how humans think and behave as easily explained in Gwendoline Smith’s new book for teens, The Book of Knowing. There is what happens, how we interpret it and then how that shapes our mood and behavior.

When things go wrong, or not as planned, it is important to recognize how we are feeling so we can go back to what really happened as quickly as possible. When we do this, we are using our energy to be problem-solving machines.

Looking at reality (what just happened) and interpreting it as something different (ie “I’m a bad driver”, “This trip is off to a wrong start”, “I never want to drive an RV again”) we are spending mental energy for negative and often empty results. This usually changes our mood and behavior to the negative…and we still don’t have a solution.

Instead, deal with what really happened. The window is broken. How on earth are we going to solve this??? Here is duct tape and a plastic bag…(laughing) We are going to remember this forever!!

TIP: The quicker we can realize the reality of the problem the quicker we will be able to come up with resolutions instead of wasting energy on negative or self-deprecating thought patterns.

The trip to New Zealand was magical! But there were a few events that could have spiraled to make what Marc and I call a “Snowball”. The minute we got on the plane Victoria spilled a GIGANTIC ice coffee on my seat, we had to sleep in our car one night due to poor planning, Marc broke his collarbone, the software update on our computer crashed the machine, and I ripped the window off the rig (oh and psst…the plumbing for the the gray tank, under the rig, by running over a traffic cone). All of this could have made us stop in our tracks, but there are three things to consider when facing a snowball of bad circumstances.

First, be aware that you are in the situation. Recognizing you are in the middle of a problem can help you face it. I like to be positive but that doesn’t always solve problems. Sometimes it’s better to say, “Houston, we have a problem.”

Second: You can only solve one problem at a time. Trying to do too many things at once can create its own drama. Figure out what the issues are and solve the most critical one first.

Third: Don’t make the problem(s) mean something more than it is. Refer back to “What Are We Making it Mean”. You can only deal with what is actually happening. Don’t make something up like; you weren’t meant to go on this trip. That will only bring you down and delay a solution.

TIP: You can eliminate the snowball if you are able to deal with one issue at a time.

The Dangers of Our Own Expectations

Expectations play a huge role in how we perceive things are going. When expectations don’t meet our reality, Marc and I call that “The Dip”. Just knowing that “The Dip” is possible makes way for solution based thinking. Here are a few things to try when you are faced with “The Dip.”

First: Make sure you have covered the basics. Am I hangry? Do I need to get out and exercise to work off jet lag, travel fatigue, a food coma? Do I need a nap? Is there a basic problem that is limiting the experience that can be solved quickly?

Second: When things don’t go as planned this is the time to exercise your spontaneous muscle. Try saying this to yourself: I’m in a new place…the possibilities are endless. This should give your brain a chance to let go of what you thought should happen and start to think of what could happen.

Special Note: ***if you have kids, it’s helpful to have a plan B and act like you had this in the back of your hat all along. Sometimes, they just need you to be excited to move past the now and into the future. For example: Go to the movies, go to the gaming place you can’t stand but it would bring a smile to your kiddo’s face, go and get some ice cream…seriously…that can turn around many bad days.

Third: Remember our imagination can be very powerful. Let’s use it to make something fun happen along the way instead of use it to set ridged expectations that are hard to live up to. When it comes to travel; happiness (and satisfaction) usually shows up, in a big way, if we are adapting to our environment and flexible in our outcomes.

Tip: Being adaptable and flexible will always get you to the other side of “The Dip” 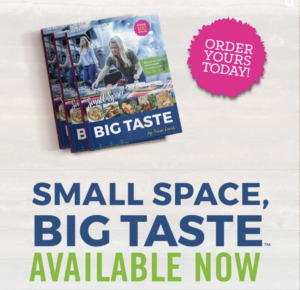 KYD will be back next Sunday. Sorry, we'll miss yo

Margs with an ocean view 🌊

Wanna hang out in Cabo with us over the next coupl

Just a typical morning at the cabin…